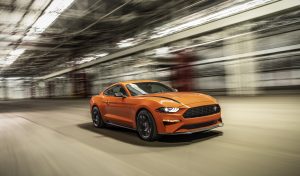 Every car enthusiast should have a Ford Mustang sometime in their life, and, with the possible exception of the debut 1964 1/2 model or the original Fastback that starred in the 1968 movie Bullitt (more on that later), there may not be a better time for that than now.

For 2020, Ford continued to build on the 2015 redesign that moved the Mustang into its sixth generation with up to nine variants of the famed coupe and convertible filling out this year’s Pony portfolio.

New to the lineup is a High-Performance, 2.3-liter turbocharged EcoBoost model that puts to shame the 4-cylinder versions from the 1970s and ’80s with performance numbers of 310 horsepower and 350 pound-feet of torque, 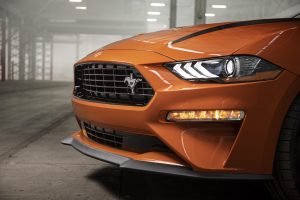 which, according to the automaker, makes it the most powerful 4-cylinder sports car from an American manufacturer.

Even without the High-Performance Package, which also includes aero, suspension and brake components from the Mustang GT Performance Package offered on the new, top-of-the-line Shelby GT500, the base EcoBoost model rates numbers of 310 hp and 350 lb.-ft. of torque.

Those figures may not match up to the 760/665 horsepower/torque from the supercharged Shelby GT500, but they’re enough to give the 2.3L High Performance Mustangs the kind of performance that separates it from the crowd when it comes to crowded city streets. 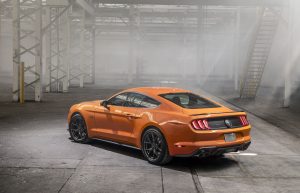 While performance is likely its top attraction, the new Mustang also offers more in the way of creature comfort features than it did in the past. Ford once seemed to take the notion that having a pony logo in the front grille and on the steering wheel hub was enough in itself, but that isn’t true anymore.

The interior is more refined with better fit and finish and fewer rattles and hard surfaces than in the past. 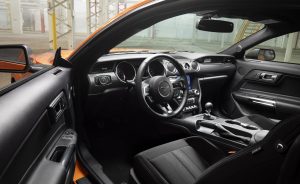 Ford also has made the FordPass Connect system standard across the line, allowing owners to check the status of their vehicles or find them and even lock or unlock the cars via their Smartphone. Models with an automatic transmission also come with remote start.

Ford’s Sync3 system also is available offering enhanced voice recognition, 911 Assist, and two smart-charging USB ports. Even the standard base Sync with Applinks is one of the best infotainment systems on the market. 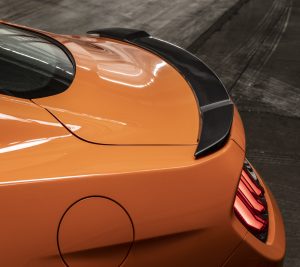 The Mustang comes in a variety of trims that can fit just about any budget. The base EcoBoost (without the High-Performance package) starts at $27,765 with the High Performance Package taking the final tab to over $32,000.

For Sheby GT500 models with the Supercharged V8 engine, you can more than double that.

There’s also a Bullitt model, and at $47,705, it’s a lot less dough than the $3.4 million the original Mustang from the movie sold for at a Mecum Auctions event in January 2020.

What I linked about the 2020 Ford Mustang Ecobost 2.3L: The cabin has been seriously upgraded with quality materials over earlier models, and the Sync system for infotainment features is easy to operate and responds readily to voice commands. It’s nice to have knobs to adjust the A/C temp/blower and radio. It may only be a 4-cylinder, but its exhaust notes sing Mustang’s distinctive sweet tune.

What I didn’t like about the 2020 Ford Mustang Ecobost 2.3L: At 4.2 inches, the screen in the middle of the center stack is on the small side, which is OK for displaying radio station frequencies and similar functions but not so good to show images from the backup camera. The backseat is really tight. Even the claimed 29 inches of legroom seems overly generous.