Those were the words Kevin Marti told “Fox News” that solidified this 1968 Mustang that was found in a Mexican junk yard after being missing for 50 yrs as the legendary Bullitt Mustang, which starred alongside Steve McQueen in the cult classic film, Bullitt 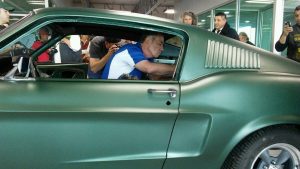 Hugo Sanchez, found a white Mustang rotting away with no drivetrain. Hollywood legend says that the film’s primary stunt car, had been sent off to the junkyard after filming was completed. But layers of paint sprayed over the legendary original Highland Green suggest that it had been put to use many times before finally ending up in one. Sanchez had taken the car to a custom shop to build an Eleanor tribute, but upon finding out the car’s own legendary stardom, plans for the vehicle have changed 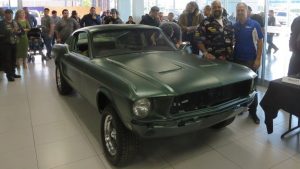