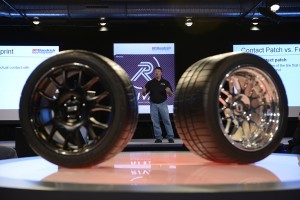 Tires, they are arguably one of the most important parts of any vehicle. You could have 1,000 horsepower and brakes the size of satellites, but without the proper tire to transfer all of that to the ground, it all means absolutely nil. So, how do you choose the right tire? There are hundreds of tires out there, so choosing one can be a daunting task. There are tires engineered for low rolling resistance and better gas mileage. But let’s be honest here, BFGoodrich didn’t fly me all the way to New Orleans to drive around in a Prius and see how many MPG’s I could get. END_OF_DOCUMENT_TOKEN_TO_BE_REPLACED

Wanting to play in the same league as Mercedes-Benz, BMW and Audi with their AMG, M and RS models respectively, Jaguar has introduced the 2012 Jaguar XKR-S. Even though the current XK design is now a mature one, Jaguar felt they had one last swan-song trick up their sleeve. Taking a cue from the Porsche playbook by introducing a sporty limited edition version to drum up new excitement before the model is replaced. Yes, feel free to use any superlative that comes to mind to describe the exquisite XKR-S. Mine include: Faster, more powerful and with just the right hint of exterior styling differences to make it stand out from the “mundane” R version that it easily trumps.
END_OF_DOCUMENT_TOKEN_TO_BE_REPLACED